We help safely eliminate bed bugs from your home and keep them away permanently. 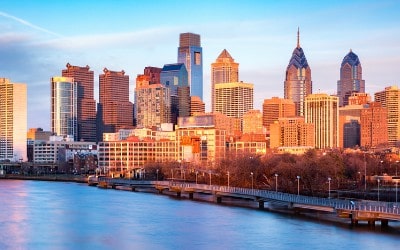 Best Philadelphia Bed Bug Exterminators. At BedBugExterminator911.com our goal is to get you the best Philly bed bug exterminator you need as fast and affordably as possible.

We specialize in quick Philly bed bug removal quotes, and have provide a lot of free information on bed bugs. We have a fast bed bug exterminator quote process, making killing and removing bed bugs simple, safe and easy.

Best Philadelphia bed bug exterminators. Does it really take a professional to find and remove bed bugs? Can't you check your bed for yourself, and use any number of home remedies to take care of the problem?

You could. But you don't want to, mostly because bed bugs are so hard to find. In addition, home remedies can only control the infestation, instead of ending it entirely.


How Much Does A Philadelphia Bed Bug Exterminator Cost?

This is usually the first question on a person's mind when they discover the bed bug infestation or see bed bed bites on themselves or family members.

In general, the main factor is how many bedrooms the home or apartment has. We work with best Philadelphia bed bugs exterminators that start at only $425 - which includes:

Can Anyone In Philly Get Bed Bugs? 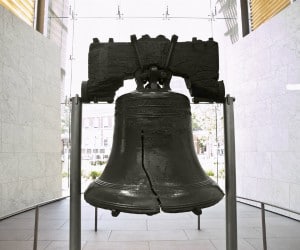 Your socio-economic class in Philadelphia isn't a factor. Neither are your housekeeping skills.

Bed bugs are experts at finding their ways into new feeding grounds. If you eat out, go to the movies, or travel then you run the risks of bringing some home. They can even show up at offices, and frequently do. They travel on bags and in books.

They'll rarely try to hitch a ride on your person, but they'll try to hide just about everywhere else so they can get into your Philly home.

All you can do is check for them before you settle in to stay at a hotel and after you leave. And even then, you might miss something.

What City Has The Most Bed Bug Infestations? 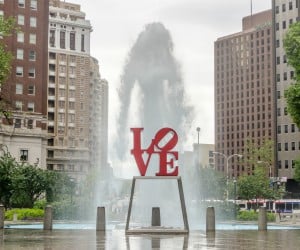 According to Terminix, Philadelphia is the most bed-bug-infested city in the country.

Philadelphia is the most bed bug infested city for (2021). In fact, Philly hasn't seen an infestation this bad since the year 2014.

People want their city to be known for top performance in economics or sports, not for being the city that's the most infested with bed bugs. But bed bugs are known to spread faster than wildfire, and you might not even know that you've been affected until as much as a year after the bed bugs have traveled into your home.

Here's more about how the Philadelphia bug infestation could possibly get this bad – and what the options are if your Philly home, your workplace or your family are affected by it.

How Did Philadelphia Become The #1 City For Bed Bugs?

Infestations happen when pests reproduce or travel faster than people are able to get rid of them. Before one individual infestation can be stopped, it has already spread to another handful of places – and from there it branches out to a bigger problem from one household to the next.

Bed bugs are one of nature's most persistent pests. They can survive icy cold temperatures and time away from a host, and measures like boiling clothing and sheets won't get rid of bed bug eggs elsewhere in your home.

Different factors are at play, but most importantly, the bugs spread faster than they can be eliminated.

How Do Bed Bugs Get Into My Home?

Bed bugs can hide in a lot of unexpected places like under mattresses and in beds. Here, they can stay alive without a human host for as long as twelve months – and they reproduce at an incredible rate once they have access to a living, breathing food source.

They are harder to get rid of than your average bug infestation, and bed bugs can be present in luggage, handbags, hotel rooms or used furniture items. It might even be hiding in attics and items that have been in storage for a long time.

If you've recently traveled city with bed bugs or you live Philly now, you might have already picked up bed bugs and carried them into your home. Only professional Philadelphia bed bug exterminators can get rid of the problem properly.

How Do You Know If You Have Bed Bugs?

Think you might have bed bugs? One of the first signs that you should look out for is the presence of bed bug droppings, that usually appear like flecks of paint. At night, you might see bed bugs crawling from one place to another – and yes, bed bugs do have the ability to bite, which can cause a rash and allergic reaction.

Blood droplets created as they feed are also a common sight anywhere bed bugs have made their home.

If you spot any signs of bed bugs, your first and last step should be to get in touch with a Philadelphia bed bugs exterminator. Trying to take care of the infestation yourself can only lead to the risk that it isn't properly eliminated and the problem can spread.

How Do I Know If It's Bed Bugs Or Something Else?

Make sure that what you're looking at are bed bugs before calling Philadelphia bed bug exterminators. If they jump, they aren't bed bugs and you're more likely dealing with a flea infestation instead – and if they stick, they're probably ticks instead.

Where they're found on house pets, they're also more likely to be ticks or fleas rather than bed bugs.

What Should You Do If You Have Bed Bugs? 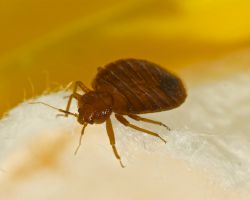 If you don't call a Philly bed bug exterminator the moment you realize there's a bug problem in your house or office, you could be contributing to the larger problem – and you could even have spread the problem to other homes or businesses in your neighborhood.

If everyone called an exterminator right now, Philadelphia's bug problem could be eliminated in just a few hours. Completely.

If you've recently spotted any of the signs of bed bugs as described in this article, act on the problem as soon as possible: First confirm that the problem is really bed bugs, and find a local exterminator to take care of the problem before the infestation gets a chance to get any worse.

They also work in the following Philly neighborhoods:

Bed Bug Exterminator
Rated 4.8/5 based on 162 reviews
Get Your Free Inspection

Disclaimer
The beg bug content available on this page is for informational purposes only and not for the purpose of providing legal or extermination advice.

Beg Bug Exterminator 911 does not warrant or make any representations regarding the usefulness of or the expected results of the material contained on this website. You should contact professional pest control company to obtain advice with respect to a beg bug infestation, control or removal issue.

According to the EPA: The common bed bug (Cimex lectularius) has long been a pest - feeding on blood, causing itchy bites and generally irritating their human hosts.

The Environmental Protection Agency (EPA), the Centers for Disease Control and Prevention (CDC), and the United States Department of Agriculture (USDA) all consider bed bugs a public health pest. However, unlike most public health pests, bed bugs are not known to transmit or spread disease.